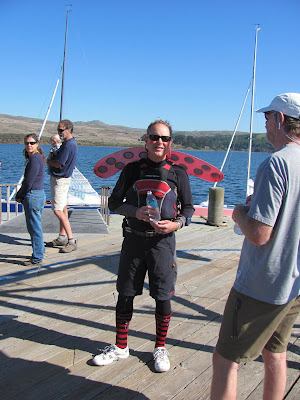 After the Lake Trophy, would it be possible for the yacht club to get any more festive in time for October holidays?  We had a race the weekend before Halloween and a few sailors got into the mood, helped by the warm weather and clear skies. Is Shawn a referee or an escaped convict? A bagpiper and a gorilla ran race committee

The following photos are from Richard Biller at West Marin Photo of the Day. 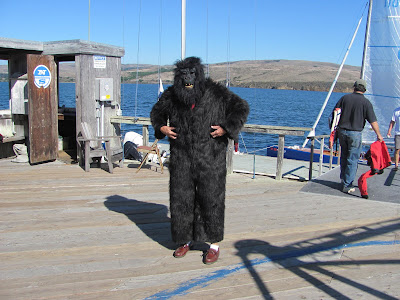 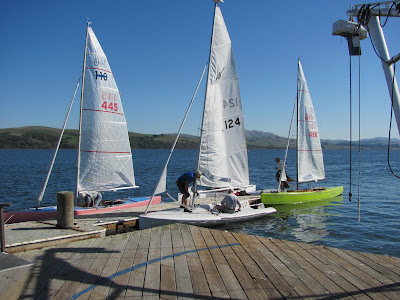 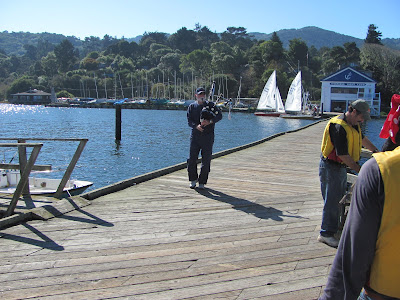 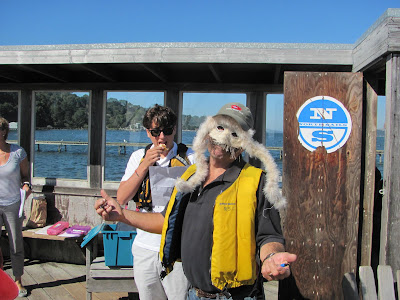 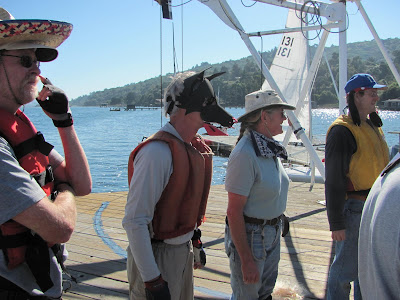 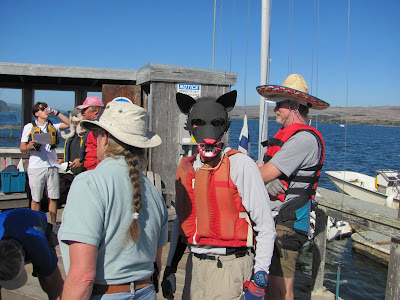 This big bad wolf, (known in some circles as “Dark Marley”) kept poking about the club, rigging a Johnson 18, and generally looking sinister.  In 2010 Jim Laws photographed him with green hair, barking at Little Red Riding Hood, who was doing her best to wrangle an asymmetrical spinnaker as the boat roared upwind. Back to 2011, someone grabbed my camera and took the rest of the shots. A wolf and a pirate headed into the dock A ladybug washed his boat At a party celebrating the end of the racing season, we discovered some unpleasantries in the refrigerator.