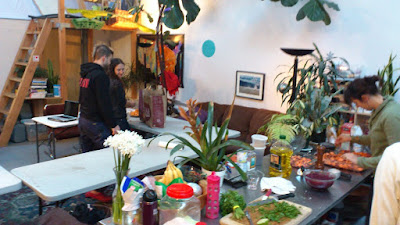 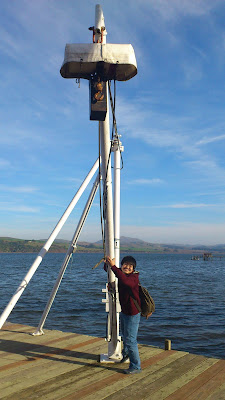 The warehouse party involved thirty or so people converting on the former photography studio in San Francisco to cook, drink, and be grateful.  I don’t think either Maro or Aikawa had seen such a high concentration of dyed hair, piercings, tattoos, or even that much colorful clothing outside of Tokyo.  We spent the evening slicing, dicing, cleaning, and exploring the soldering iron stations of the house.  I tried to explain Burning Man to them while they puzzled over the giant panoramic photographs of a night on the playa.  After too many years spending time at MIT, I think all of this as normal in terms of how creative engineers live, but it’s certainly not the standard in Japan.

They loved the resident cat, Abalone. 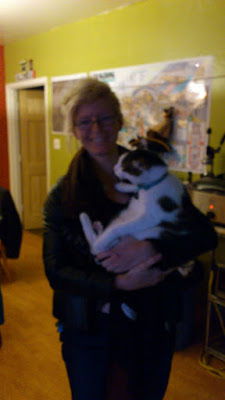 The Apple sticker on the microwave gave them serious pause.  (“APPLEですか？” “いいえ、SHARPです.”)  Enough that it merited a photograph. 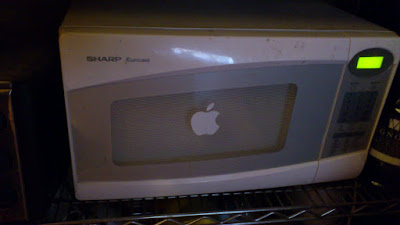 What struck Maro and Aikawa most was the vivaciousness of the American students they met, and the freedom of expression when it came to their living spaces and their demeanor.  Students have a lot less free reign in Japan in terms of how and where they live, let alone where they elect to spend time with their friends.

What struck me most about the visit were the photos that Maro and Aikawa took.  Despite their phones lacking of Instagram, the optics lend a soft quality to their imagery.  Their compositions are centered, focused, to the point.  When driving north to West Marin, they photographed a shoreline. 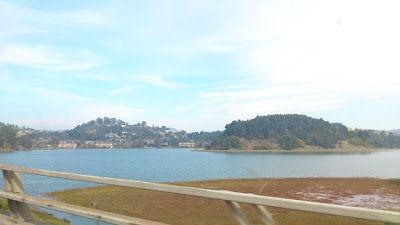 In Japan, there would have a torii or other marker indicating this area’s holiness.  Here in Richardson Bay, a road wound around the water’s edge and houses dotted the nearby hill.

The boys joined us at the yacht club in Inverness for the tail end of a race. Robert loaned them lifejackets and took them out in a motorboat to recover marks. 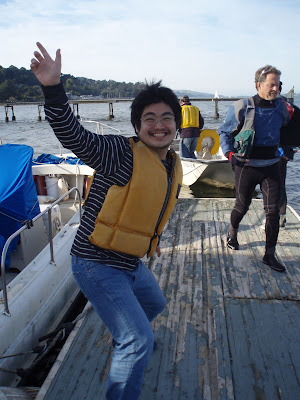 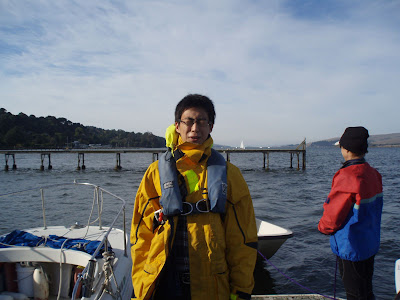 Water sports clearly aren’t as common in Japan as they are in the US, based on Maro-san’s expression.

We visited the house I was housesitting at, where Maro photographed the resident ねっこちゃん. 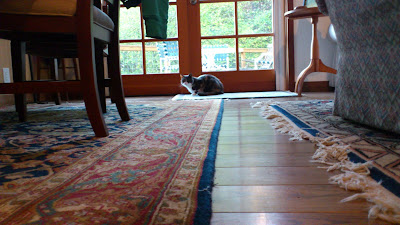 Down the hill we all trundled (about nine or ten of us, all under 30?) to the Wallace’s ancestral home overlooking the yacht club and the bay. 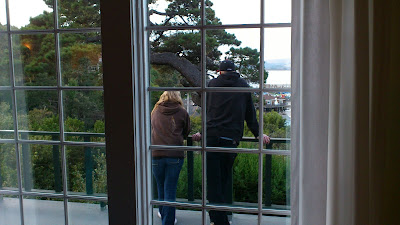 For the party proper, over 90 people showed up with leftover food and houseguests to dance to a live band and generally make merry.  The bar served Manhattans and I was pleased as punch to have friends there from as far away as Mill Valley, Accra, San Francisco, Menlo Park, Palo Alto, Davis, Seattle (arrived by BICYCLE, beat that!), Boston, and Tokyo.  We taught Maro and Aikawa how to squirt whipped cream from the can and how to dance.  After a summer of cultural exchange in Japan, I was grateful for the chance to show them a bit of my life in California. 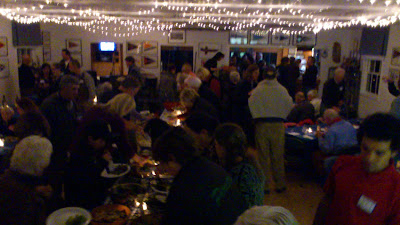 In the videos they took, you can hear their squeals of glee and terror as Robert took them on a motorboat to round up buoys after a race, their sounds of agreement as he explains how to pick up marks, and the hoist lifting boats out of the water.  They photographed their food, the waves, motorcycles, the horsehead mounted on the wall outside of Cabaline, and details that even I miss after over 26 years of coming home to West Marin.  How lucky to see home through another two sets of eyes and camera lenses.