While we’re on the topic of food, let’s not forget how important combining drinking with eating is in Japan. Yuki, José, Davíd, and I went out for shabu shabu one night to give a “tabehodai” (all you can eat) restaurant a run for its money. The name shabu shabu comes from the sound meat makes as you stir it with chopsticks in a iron pan filled with broth in the center of your table, resting over an open flame. José advised us to order a rich soymilk broth in which to boil our meat, which was just about the best idea ever. We’d run low on meat and vegetables, hit a little button under the table, call out “sumimasen!” when the waitress arrived, and order another stack of meat. The two Spanish brothers had a “no meat left behind” policy, so I’m sure the restaurant proprietors weren’t entirely happy that we consumed dozens of trays of beef, along with piles of vegetables.
END_OF_DOCUMENT_TOKEN_TO_BE_REPLACED 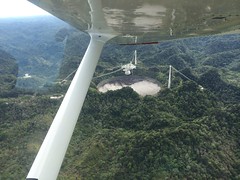